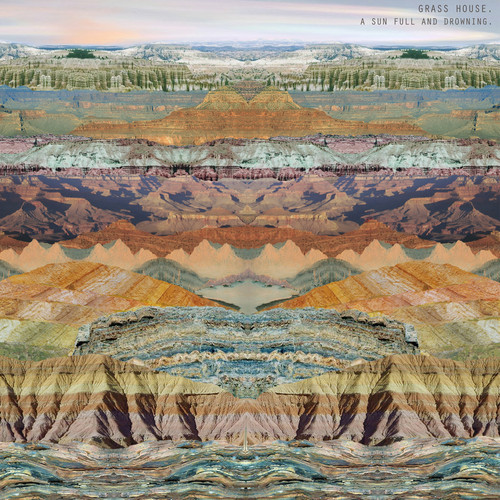 Next Monday will see the release of A Sun Full And Drowning, the debut long-player from long-standing MM faves Grass House.

Featuring ten tracks, the album includes new versions of the bands critically acclaimed and sold out singles Spinning As We Turn (one of our favourite tracks of the year), And Now For The Wild and the recent I Was A Streetlight, as well as earlier single The Faun.

They are self-styled purveyors of ‘outsider pop’ and it is a term that fits very well with influences assimilated (though not slavishly) from such corners of the musical world as the Velvet Underground, Brian Eno, Deerhunter and The Walkmen. Thankfully though, the band do more than just pay homage, but rather they confidently assert their own identity and style, for this is a collection of mighty fine songs – original, memorable, and (in the best possible sense) insidiously catchy.

You can check out all the singles in our other Grass House posts, but for now wrap your ears around some of the other tracks from the album and roll on Monday (order here).