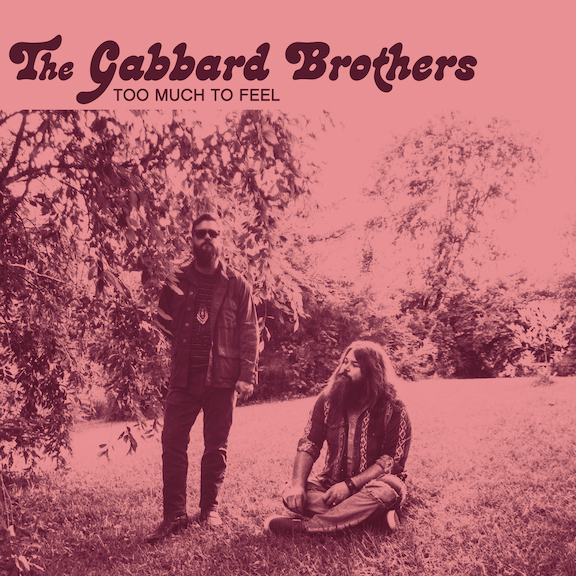 From the ashes of the Ohio rock band Buffalo Killers (who featured many times on MM), singers/songwriters/siblings Zachary and Andy Gabbard have re-emerged as The Gabbard Brothers. And while there are still similarities to their previous band, with nods to greats like Neil Young, James Gang and Buffalo Springfield, there’s a hazier, organic, earthy-psych vibe running through the brothers’ new music.

Ease into your day with the gorgeous, meandering Americana of Too Much To Feel, a musical middle finger to the bigots, racists and folks holding on to an old, outdated way of thinking.

As well as featuring on their upcoming debut due later in the year, it is also the latest single as part of Colemine Records’ Brighter Days Ahead weekly series – a new track every Friday from the Colemine label group, which started on the 22nd May and will run through to the end of summer. And for the first week each track is on Bandcamp, Colemine will be paying 100% of any revenues generated from Bandcamp directly to the artist.

Listen here, and check out previous single Sell Your Gun And Buy A Guitar, another great track that sounds like it comes from a long-lost early 70s Neil Young album.