“There are times”, remarked Chris T Popper, at the end of the Idles gig last night, “when you know you’ve seen a band at exactly the right time”.

Touring on the back of the release of their savage, embittered and brilliant debut Brutalism, this was one of those times. Idles are rapidly cementing their place in an already overcrowded genre that stretches from Slaves and Drenge to Girl Band, the Sleaford Mods and Cabbage, no matter some starts were false and some ends were ragged because this was all about the breakneck joy of tearing through a set of ferocious, uncompromising songs, of revelling in bleak, black humour, of raging bewilderment at the gone-to-shit political climate and of just being able to go batshit crazy. 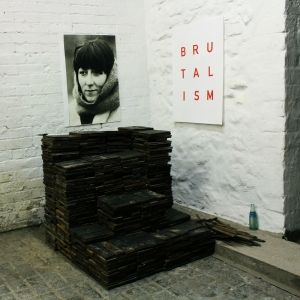 Gig highlights abound. Ominous, growling opener Heel/Heal sets the tone with its intense mantra “I want to move into a Bovis home, And make a list of everything I own, And ride into the amber setting sun, Marching to the beat of someone’s drum”, anti-misogynist anthem Mother, cloaked in bitter cyncism, the threatening Divide and Conquer with its pummelling, looping riff is stunning, as is the outstanding ode to boredom Exeter, frontman Joe Talbot cycling through the christian names of those who are readying themselves for a bar fight for the sheer lack of anything else meaningful to do. Recent single Stendahl Syndrome ratchets the mosh pit up one more notch.

In truth these tracks mostly served to highlight that it might be time for Idles to leave the playground sneer of Well Done behind. Although as they point out, only half-joking, its the one song everyone has come to hear.

The nihilistic fury of the songs is matched by the twitchy, jerky stage presence of the band, Joe Talbot like a metronomic marionette controlled by a maniacal puppeteer is surrounded by thrashing, gurning, growling bandmates. There are echoes, and only echoes, of the Dead Kennedys, Black Flag, and the surrealism of the Fall, but presented in an original, uniquely British way.

At a time when the world has undoubtedly been led up a dark alley and is taking a severe beating from the self-interested, the cowardly and the inhumane, we need a band like Idles to stand up and point out the cruel, idiocy that surrounds us; last night they delivered.