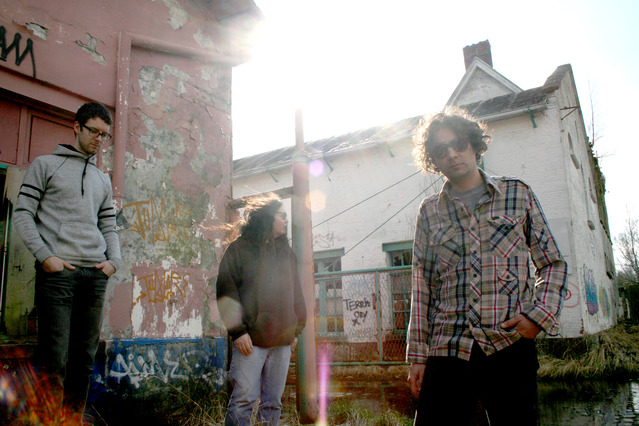 In just under two weeks on October 26, The War On Drugs new EP Future Weather will be available in stores in the U.S. (and early 2011 in the U.K.). However, you can pre-order the album today and you’ll get an instant download of the record. In celebration Secretly Canadian are releasing a second single from Future Weather, the closing track The History of Plastic.

Unlike previous Drugs singles— like the lyrically-driven first single from the EP Comin’ Through — The History of Plastic is the quintessential deep cut. Of course, a great single is where a lot of bands are introduced to the world (and the Drugs have plenty of gems to go around), but it is the B-Side, the sixth or seventh track, the tune that clocks in over eight minutes that give bands their flavor, their depth. This is where The War On Drugs are unparralleled— that place where they have all the room in the world to stretch out in a meditative musical exploration.

So download eight minutes of classic TWOD, and go find that moment about three-and-a-half minutes in, where lead singer/songwriter Adam Granduciel repeats the line “You put a curse on me, babe.” On the last time through his voice just trails off into the abyss, like it is being pulled by a certain intangible gravity. Moments like these are what takes The War On Drugs’ music to that level of heart-stopping beauty only found on that other side of the record.