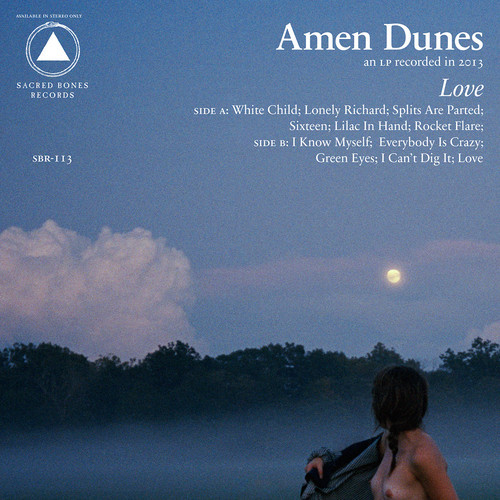 Damon McMahon’s folk project Amen Dunes will soon release a new album, Love, on the Sacred Bones label in May.

Having forsaken their usual approach of  spontaneous improvisation and experimental recordings to spend around eighteen months in the studio working on songs that were originally never meant for public release, but which due to their personal nature offer a hitherto unseen intimacy and warmth to them.

The first track from it is the lovely, twangy, country-tinged roll of Lonely Richard, and we also have Lilac In Hand, which on just two or three listens has become one of our favourite songs of the year so far, as McMahon’s sweetly resigned vocals are carried along on a simple acoustic strum, piano and deft percussion. These are substantial songs, of depth and meaning and capable of touching the most cynical of hearts and minds.

Stream both below, and watch the brilliant sepia tinged melancholy of the official video for Lilac In Hand.

See him live in the UK with both Mac DeMarco and Wooden Shjips as well as a couple of festivals.