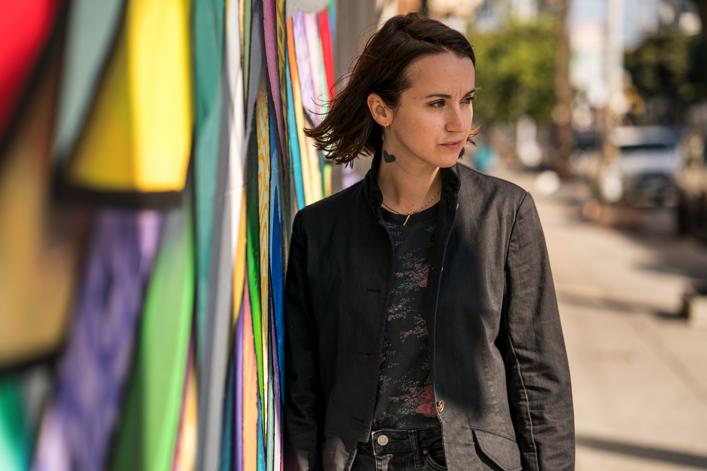 The wonky, hypnotic and horn-led Golden Spiral is the latest track to be shared from Holly Miranda’s new album Mutual Horse (out on the 23rd February). The album is her fourth solo release since she emerged with her excellent 2010 debut The Magician’s Private Library.

She says of the track, “This track started as a loop I made and was messing around with in my bedroom in the East Village. My best friend, Ambrosia Parsley, came over and heard it and almost immediately sang that opening line, “Ride your pony down the block and tie it up outside of 7-11”. Ambrosia grew up in Reseda, California (the deep valley) in the 70’s and her friend Tiffany had a horse named Honey. Ambrosia used to ride on the back, picking plums and oranges off the trees that hung over peoples fences along the way. Then they would tie it up outside 7-11 and get coke Slur-pees. Also, her neighbour really did make ​’​sexy movies​’​.​”​ ​

If nothing else, I wish I had a friend called Ambrosia Parsley! Listen to the single below, it is a gem.