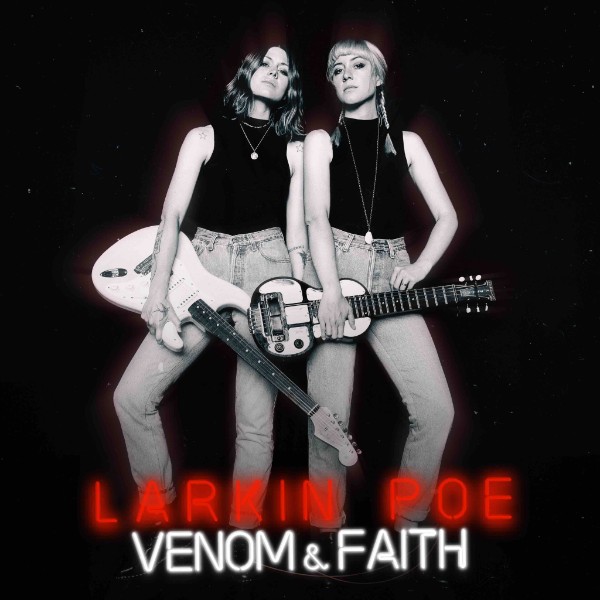 Venom & Faith is the new album from Nashville based sister duo Larkin Poe, to be released on the 9th November.

The Atlanta-born sisters Rebecca and Megan Lovell are descendants of celebrated US writer Edgar Allen Poe and have an appropriately gothic feel to their country blues churn and holler. Even the record’s title, taken from a lyric from album track Honey Honey, is intended to conjure a southern gothic image.

The excellently titled Bleach Bottle Blond Blues is the latest track to be shared from the album – it rattles, stomps and slides into a modern-day depiction of what roots rock should sound like. Watch the video below.

Catch them live at the Islington Assembly Hall in London on the 21st November.