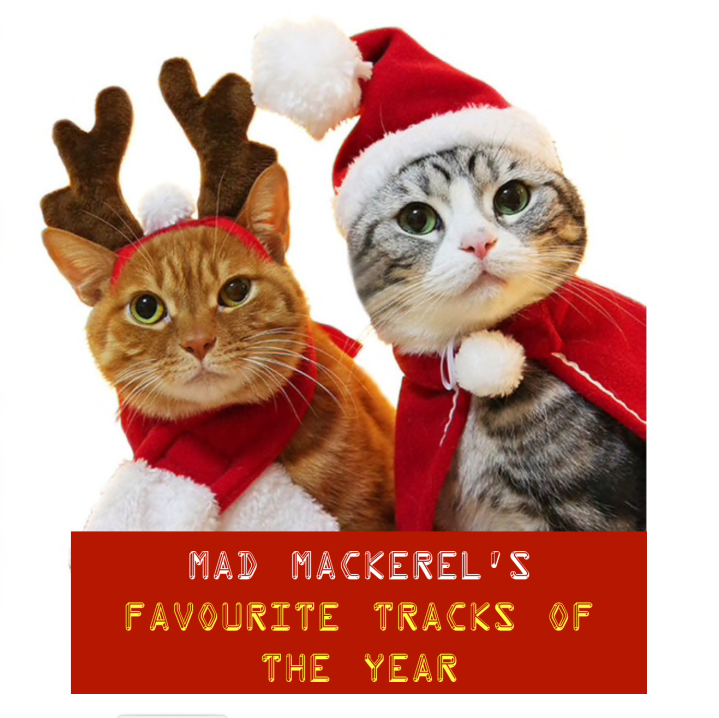 The second instalment of our favourite tracks of 2018. Enjoy…

This wonky, horn-led track taken from her excellent Mutual Horse album, dips its toes into the swirling whirlpools of off-kilter indie pop with a buoyant rhythmic pulse and nods to glam rock and funk.

74 Ezra Furman – Suck The Blood From My Wound

Suck The Blood From My Wound is a choppy, hook filled indie rocker that dials up the intensity and paranoia from the outset (check the horror film opening sample) to create a visceral, desperate dash from government pursuers. Throughout the narrator’s pain and defiance remain constants, “Angel, don’t fight it – to them, you know we’ll always be freaks.”

Fontaines DC are our favourite discovery of 2018. Boys In The Better Land, the b-side to the excellent Chequeless Reckless, is a resolutely retro nod to classic Irish rock’n’roll – a concise, gritty and utterly irresistible slice of indie-punk that conjures up images of the Stooges jamming with the Fall.

Furious, buzzing, magnificent, garage-punk that will put hairs on your chest and then melt them off again – all in just over two minutes.

There isn’t much that sounds better than the gorgeous harmonies created by Swedish sisters First Aid Kit. It’s A Shame is a perfect case in point. Simply lovely.

FFS erupts out of the speakers like a runaway train and over the next 130 seconds or so simply picks up the pace even further – unstoppable. A fizzing, furious, outburst of potent punk rock.

Built on a sinewy, swampy acoustic riff, The Snake is classic country protest. America’s two polarised parties are portrayed as two serpents greedily preying on the electorate. Church’s wonderful spoken drawl vocals add just the right tinge of bleak menace and give extra depth to the bitter lyrics, “Rattlesnake said to the copperhead / Ain’t no way they win / ‘Cause the mice are sheep / And the shepherd’s asleep / And the copperhead said “amen”

68 Drahla – Twelve Divisions Of The Day

Dr. Dog have long been the purveyors of perfectly judged psych-tinged Americana that draws on elements of pastoral folk, soul and jazz. Buzzing In The Light is wonderfully mellow and laid back, hazily meandering to a dreamy conclusion on the back of a slow drumbeat and keyboards.

A fabulous amalgamation of Ronettes style bubble-gum pop and Sleater-Kinney wig-out. The high speed Fall Asleep is an instantly hummable, toe-tapping frolic through the highs and lows of dreams and nightmares.

Queer-core punks Queen Zee’s energetic, politically charged call to arms – anarchic and borne of a deep frustration with the status quo. Another to play loud!

Mined from the same sonic territory that hosts the Black Angels, Warlocks and Wooden Shjips, Mountain is thick with reverb, fuzz and deliciously dark undertones.

Bugs is a classic Slaves staccato stomper. Anthemic call and response vocals and thumping percussion deliver a savage verdict on our collective politicians’ utter failure to do anything but look after their own porcine interests whilst the country slides down the drain with barely a whimper. “Two arms, two legs, two faces, That’s what they got” Exactly.

Stanley Brinks is one of indie music’s true one-offs. Amongst many other things he has recorded more than 100 albums, been part of the New York Antifolk scene, and played a lot with The Wave Pictures. On this wonderful collaboration with Freschard, the pair deliver a wistfully off-kilter and woozy gem of a tale that takes in drinking alone, the bedridden Fred (with the big round head) and broken hearts. A rueful and poignant tune for the dead of night.

A stand-out from Goat Girl’s self-titled debut, The Man is perfectly observed garage-punk that comes wrapped in delightfully sleazy guitar and a rattling sing-a-long chorus. Seedy never sounded so alluring.

Let It Burn was written specifically for the climatic scene in the short movie Killing Gävle, a film about the famous Gävle Goat in Sweden – every year local custodians try to protect a giant straw goat (built for the town every Christmas) being burnt down by mischievous pagans. It all sounds very Wicker Man (no doubt our very own folk horror aficionado Chris T Popper would approve) and to which the epic nature of the song – six minutes of Goat’s unstoppable hypnotic fuzzy groove – does complete justice.

Another from the Aussie psych-rockers. Spacier, woozier, but just as hypnotic.

Pack Animals is a the grubby, cheeky nephew of a union between classic early 70s pub-rock and punk. Underneath it’s cheery, pumping exterior and chugging refrain is a searing indictment of the inherent arrogance of gig-goers giving the girls in the band some “helpful” advice, almost always prefaced with the opening “The gig was great, but…”

A song about the iconic 60s surfer and lifelong criminal, Miki Dora is a haunting pop gem that evokes the shimmering, untouchable horizon with its gorgeous blurry vocals and shifting, restless tones, like waves endlessly rolling up the shore.

“Kick off your jackboots, it’s time to unwind”. Unsurprisingly there have been many political songs this year and Lord knows from Trump to the insanity of Brexit there has been plenty of material to work with. But none have quite the impact of Bike Lane, a song dealing with the death of Freddie Grey, a victim of police brutality in Baltimore. It is unflinching and straightforward and set to a classic chugging riff. “The cops, the cops that killed Freddie, Sweet, young Freddie Gray, Got behind him with their truncheons, And choked the life right out of him“.

Confidently and gleefully leaping between genres with nary a backwards glance, Toy effortlessly bridges a gap between rap and full on sing-a-long indie anthem.

A laid-back wander through some classic rock territory. Echoes of Pink Floyd and Massive Attack burble and hum behind Mark Oliver Everett’s understated vocal, “The deconstruction has begun. Time for me to fall apart.” Sometimes funky, sometimes elaborate and always unpredictable, The Deconstruction is the sound of a revised world view and a weary philosophical acceptance of the nebulous state of things.

A post-punk burner brimming with frenzied energy. Opening with a swirl of droning ambiance and the rhetorical question, “Do you sleep at night?”, the track quickly launches headlong into a fever of activity. With the anxious pulse of a hard-driving bassline to lead the way, and punctuated by terse outbursts of hypnotic, scuzzed-up guitar lines.

Everything about Cut And Run is ridiculous. The spoof workout video, the high pitched guitars and the “You’re looking unwell” mantra, yet it still all combines to create another infectiously catchy, sledgehammer punk song.

Idles somehow manage to pair howling, horror-flick guitars and thumping percussion with fierce, redemptive lyrics on the complexities of relationships and love.